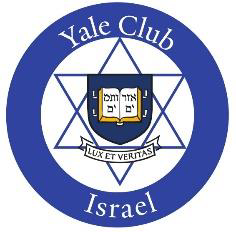 You are invited to join the Yale Club of Israel for a talk by Yale’s Fortunoff Video Archive director, Stephen Naron, who will discuss the archive’s history, its methodology and current effort to activate this unique Yale collection in teaching and research internationally.

The Fortunoff Video Archive for Holocaust Testimonies has its roots in New Haven, Connecticut but its collection now spans the Americas, Europe, and Israel. For more than three decades its mission has stayed the same: to record and project the stories of those who were there. The Fortunoff Archive currently holds more than 4,400 testimonies, and is comprised of over 12,000 recorded hours of videotape. Testimonies were produced in cooperation with thirty-six affiliated projects across North America, South America, Europe, and Israel, and each project maintains a duplicate collection of locally recorded videotapes.

In 1979, a grassroots organization, the Holocaust Survivors Film Project, began videotaping Holocaust survivors and witnesses in New Haven, Connecticut. In 1981, the original collection of testimonies was donated to Yale University. The Video Archive for Holocaust Testimonies, part of the Yale University Library, opened its doors to the public the following year (for a more detailed history of the collection see A Yale University and New Haven Community Project: From Local to Global). Since then, the Fortunoff Archive has worked to record, collect, and preserve Holocaust witness testimonies, and to make its collection available to researchers, educators, and the general public.

Stephen Naron has worked as an archivist/librarian since 2003, when he received his MSIS from the University of Texas, Austin. Stephen pursued a Magister in Jewish studies/history at the Freie Universitaet Berlin and the Zentrum fuer Antisemitismusforschung, TU. Stephen has worked with the Fortunoff Archive for more than 12 years, starting as an Archivist. Now, as director of the

Fortunoff Archive, Stephen works within the wider research community to share access to our collection through the access site program, as well as writing and presenting on testimony for conferences, symposiums and class sessions inside and outside Yale. Stephen is also responsible for spearheading initiatives such as preservation and digital access to the collection; cooperative projects with other testimony collections; oversight of fellowship and research programs; and the production of the podcasts, ethnomusicological recordings, and the Archive’s documentary film series.