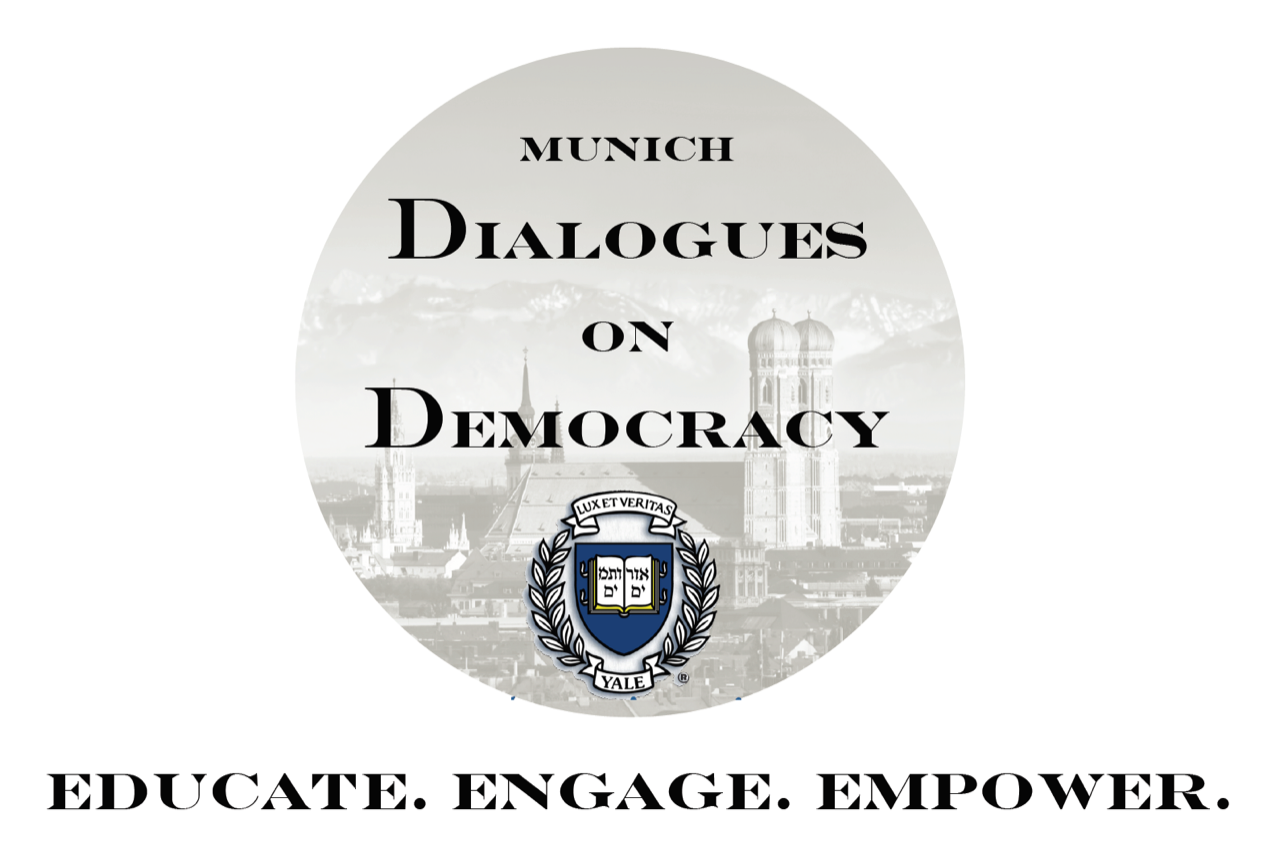 Munich Dialogues on Democracy together with The Yale Club of Germany are inviting you to an exclusive evening of art and music, drinks and finger food.

Join us for a last chance to see the wildly successful exhibit “Hope, Never Fear”: A Personal Portrait of the Obamas by award-winning photographer Callie Shell. The exhibit officially closes to the public on March 1st, but our partners at Amerikahaus have offered us the chance for a private viewing with an introduction by the President of Amerikahaus, Dr. Meike Zwingenberger, who will also offer information about several of the photos throughout the evening.

London-based pianist Kamilla Arku is a graduate of Yale University and the Royal Northern College of Music. Born in Switzerland to Liberian and Norwegian parents, Kamilla began to study the piano after moving to the U.S. at a young age. Kamilla gave her London debut at the renowned ‘Pianists of the World’ series at St. Martin’s-in-the-Fields in 2013, and has since performed as a soloist and chamber musician in the UK and abroad. Recent highlights include recitals in Lisbon, London and Paris; interviews and performances on BBC Radio 3 and BBC Radio London; duo performances with Stephen Kovacevich, Alice Zawadzki and Leon Bosch; and collaborations with visual artists Jordan Soderberg Mills and Amale Freiha Khlat. Passionate about diversity in the arts, she regularly programmes music by female composers and composers from the African diaspora, and has given world and European premieres of works by Lainie Fefferman, Tara Creme and Virginia Seay. Kamilla is also the founder and Director of Music for Liberia, a nonprofit that raises funds for children in Liberia through music events in the UK.

Kamilla will present a program of piano music by pioneering African-American composers. From the masterworks of Duke Ellington and Margaret Bonds to contemporary offerings from Tania León and Fred Onovwerosuoke, Kamilla will celebrate the innovation and artistry of some of America’s greatest composers.

Cost:  €25 “Unkostenbeitrag” (€10 for recent Graduates from Yale – last five years), to be transferred before March 1st or paid in cash at the door