The Sources of Chinese Conduct

Are Washington and Beijing Fighting a New Cold War? 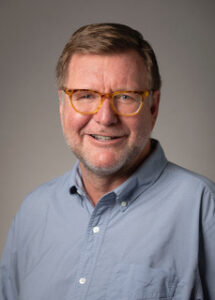 More than 70 years after George Kennan wrote his famous “Long Telegram” laying out the containment strategy that would define U.S. policy until the end of the Cold War, the United States and its allies again face a communist rival that views the United States as an adversary and is seeking regional dominance and global influence: China. What are the parallels between China today and the Soviet Union of old? What are the differences?

Prof. Westad will explore this and the effect that the past four years of Trump administration policy has had on relationships, not only with China but also with the United States’ allies around the world. Has China outsmarted the U.S.? How can the international system reform and respond to this challenge? Using his September/October 2019 Foreign Affairs article as a starting point, Professor Westad will offer insight and analyses on what the U.S.-China policy is – and what it should be.

Odd Arne Westad is the Elihu Professor of History and Global Affairs and has just been named the Director of International Security Studies at Yale, a position he will assume in July 2021. He is the author of The Cold War: A World History. Originally from Ålesund on the Norwegian coast, he studied history, philosophy, and modern languages in Oslo before doing a graduate degree in U.S./international history at the University of North Carolina at Chapel Hill. Westad has published 16 books, most of which deal with 20th century Asian and global history. Westad joined the faculty at Yale after teaching at the London School of Economics (LSE), where he was School Professor of International History, and at Harvard University, where he was the S.T. Lee Professor of U.S.-Asia Relations. At Yale, he teaches in the History Department and at the Jackson Institute for Global Affairs. Westad is a fellow of the British Academy and of several other national academies, a visiting professor at Peking University, and a research associate of the Harvard Fairbank Center.

The lecture takes place as a hybrid event – virtually and on site at Amerikahaus. Please be advised that changes may occur – even on short notice.

For your personal participation at Amerikahaus you must register due to COVID-19 regulations and limited capacity.  Check the Site of the Amerikahaus.